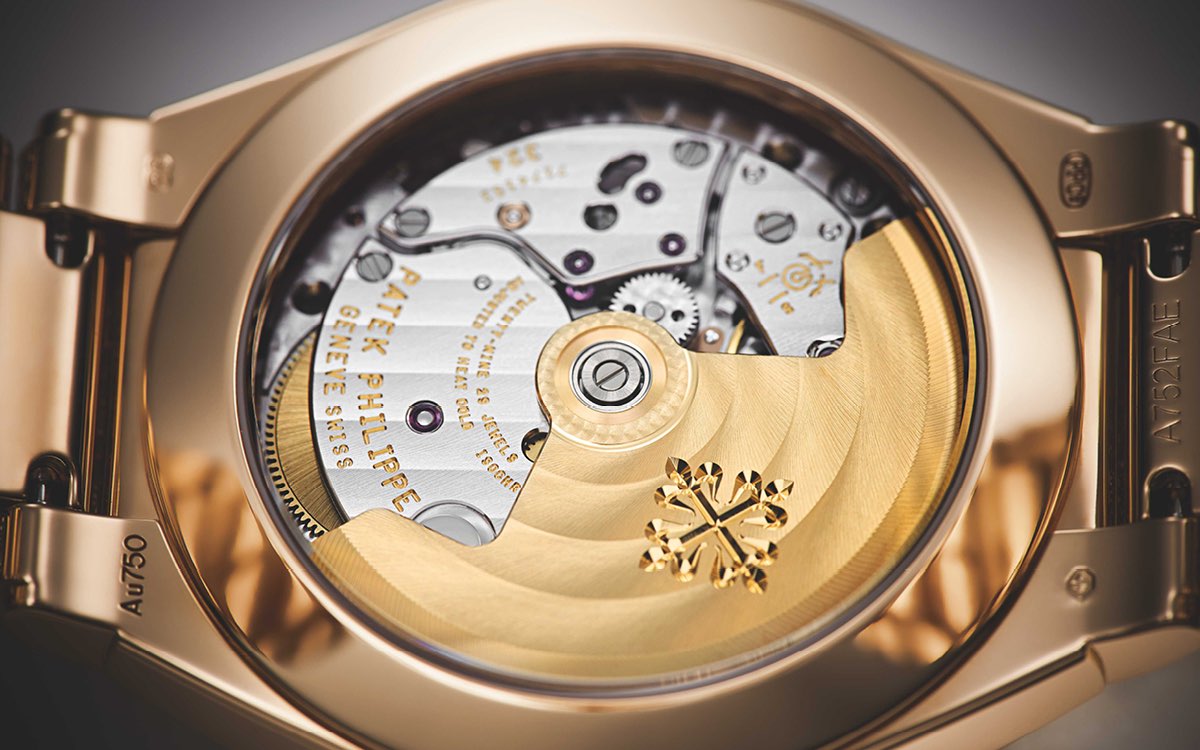 Large corporations such as Richemont, Swatch Group, LVMH and Kering are important players when it comes to luxury wristwatches. Family businesses such as Patek Philippe have become rare in this segment. What is their recipe for success?

A crisis can set in, even at the highest levels of watch manufacturing. Patek Philippe was founded in 1839 by Norbert Antoine de Patek. However, in the wake of the New York stock market crash on 24 October 1929 and the ensuing global economic crisis, the company found itself on the verge of collapse. Orders dried up and payments failed to materialize.

White knights in the Great Depression

The minutes taken during that time show that the company’s Board of Directors, dominated by the Philippe family after the withdrawal of the Pateks, were faced with a massive problem. Without a financially strong partner, the company’s survival was at stake. Strong interest was shown by Jacques-David LeCoultre, an important supplier of ébauches from the Vallée de Joux, and his holding company SAPIC. But his takeover conditions were absolutely unacceptable.

The situation was desperate, but luckily, two white knights appeared unexpectedly. Charles and Jean Stern quietly and successively acquired Patek, Philippe & Cie shares. The owners of the Stern Frères watch dial factory were long-standing suppliers of the company. They were, therefore, naturally well-acquainted with its unfortunate state and its comprehensive values. Their commitment resulted in a turnaround that continues to the present day.

The Stern family focusses on experts and independency

Although Charles and Jean Stern were perfectly aligned in terms of the production of high-quality watch dials, they were less so when it came to manufacturing sophisticated luxury watches. The brothers addressed this discord by hiring an experienced technical director. Jean Pfister joined Patek Philippe from Tavannes Watch Co.

Aware of the importance for watchmakers to be independent, he immediately initiated the in-house development and production of basic calibers. In 1934, he also introduced reference numbers for new watch models. The understated Reference 96 is considered a true icon. Named "Calatrava", after the company’s trademark – it made history.

Patek Philippe owes a great deal to Charles Stern’s son, who was born in 1911. After working at the family’s watch dial factory, Henri Stern moved to Geneva at his own request to work for the watchmaker.

Internationalization: From Geneva to the USA

He never regretted this decision: "That’s where I had the very good fortune to meet Jean Pfister. He was the same kind of man as my father. Both believed in the importance of moral principles and could say no to any kind of temptation – bot in difficult as well as in good times. They made a big impression on me in terms of having a moral standpoint. In this context, my father always used to say: Some people can be bought, others never, no matter how high the price being offered."

As the head of Patek Philippe Incorporated of America starting in 1937, Henri Stern familiarized himself with the important US market down to the last detail. "For months," he said, "I travelled around the States. I think I knew more about the country than the average American. I was on the road for five to six months a year, as a salesman, visiting customers or making new friends, discovering new cities. Every experience helped me understand and appreciate the American way of life."

After temporarily returning to Switzerland, Henri Stern launched his own sales company. Starting in 1946, the New York Henri Stern Watch Agency was responsible for the distribution of Patek Philippe and Universal Genève watches in the US. Although the company’s name logically remained Patek Philippe, Henri Stern was rewarded for the successful work he did in the New World in a different way: he was appointed President of the family watchmaking company in 1958.

Reaching ever higher thanks to successful succession

In 1977, Henri Stern handed the helm over to his son, Philippe Stern, who was born in 1938. Philippe took the company entrusted to him from one major success to the next. It is to him that the hype surrounding the "Nautilus", which was introduced in 1976 and was initially not very successful, is owed. Today, anyone who wants to immediately get their hands on a Reference 5711 must either have excellent connections or pay double the price on the parallel market.

Philippe Stern turned the 150th anniversary of the Swiss brand into an event that received global attention. The anniversary auction held in 1989 caused prices for collector’s watches to explode. As a result, the company, which was still family-owned, became the uncrowned queen of horological complications.

Excellent craftsmanship and exclusivity: the foundations of a legend

Fostering craftmanship was something the company had begun to do in 1940, as it was becoming increasingly rare. Philippe Stern further built up this tradition at the company. The work done by goldsmiths and jewelers, chasing, enamel techniques of all kinds, complex engravings, inlays, guilloching: the dexterous employees of Patek Philippe continue to excel in these forms of craftmanship to this day.

Philippe Stern also took decisive action when it came to production and sales. Some said that his reaction to rising demand was counterproductive: he curbed the production of highly complicated models, systematically thinned out the dealer network and imposed a high level of discipline on his sales partners.

To avert grey market activities, he wanted to know the name of the people who ordered complex, top-tier models. Only if he was satisfied with them did they receive their orders. "At Patek Philippe, we are focusing on stabilizing the situation. We don’t want to further complicate matters just because of complications." And the success of such measures speaks for itself.

In the spring of 1997, Patek Philippe opened its newly built headquarters – a building with a volume of more than 155,000 cubic meters located in the Plan-les-Ouates district of Geneva. Since then, production and administration have been under the same roof. The company’s future space requirements will be met by a new building recently inaugurated by Philippe’s son Thierry Stern, and consists of around 50,000m² of floor space on six above-ground and four below-ground levels.

More than 2,500 important timepieces, not only by Patek Philippe, have been on display at the company’s watch museum in Geneva since 2001. Watchmaking is a traditional craft, however, at the beginning of the 21st century, Philippe Stern went against tradition and pushed innovation at the family business. The result? Under the banner of "advanced research", Patek Philippe used silicon to demonstrate where the future will lead, even in the high-end segment of watchmaking.

This use of the material, which until then had primarily been used for computer chips, of course polarized the industry. However, experience has shown that, for example, balance springs made of thermally stabilized silicon ensure outstanding precision.

The present and future of Patek Philippe

After receiving thorough training from his father, Thierry Stern became President of the company in 2009. Today, Patek Philippe is the strongest team in the Champion’s League of watchmaking, and it is booming. More than 62,000 timepieces, of which around 9,000 have a quartz movement, leave the Geneva production facility every year. The family-owned company generates an estimated almost two billion Swiss francs with its watches.

Of course, Covid-19 is also leaving its mark on this business. But there is no need to worry about the future. Should it ever be necessary, there would be plenty of investors on hand. But despite impressive offers, the family’s prized possession is not for sale. "What am I supposed to do with that money?" says Thierry Stern. "It would not make us any happier. Instead, we’d feel like we had lost something, because we really love what we do."

Between adapting and upholding the family tradition

He got his first wristwatch, a steel "Nautilus", at the age of 20. And his first creation, the "Aquanaut", which has a rubber strap, is now giving rise to waiting lists that are just as long as for the Nautilus. The relationship with suppliers and customers is very trusting. "Our advantage is the credibility that we embody."

When you talk to Thierry Stern about Patek Philippe, you almost get the feeling you are speaking to his father Philippe. "After all, I had the best teacher anyone could wish for. Especially when it comes to his strategic skills." However, he doesn’t want to be seen as a carbon copy. "Each generation must adapt the company to the present in order to lead it into the future."

There is still plenty of time before he retires, but his two sons  represent the fifth generation of the Swiss family business. Regardless of what happens next, the work of Charles, Jean, Henri, Philippe and Thierry Stern over the past 88 years demonstrates the inestimable value of family tradition. 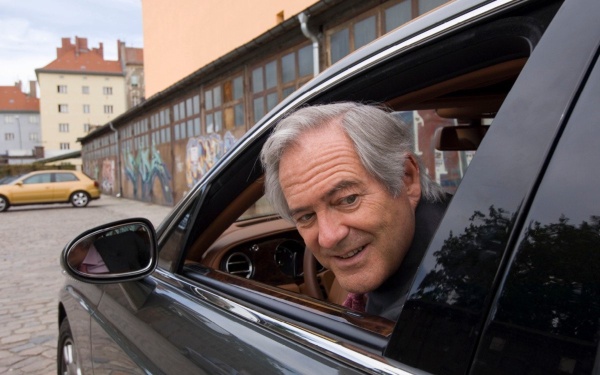 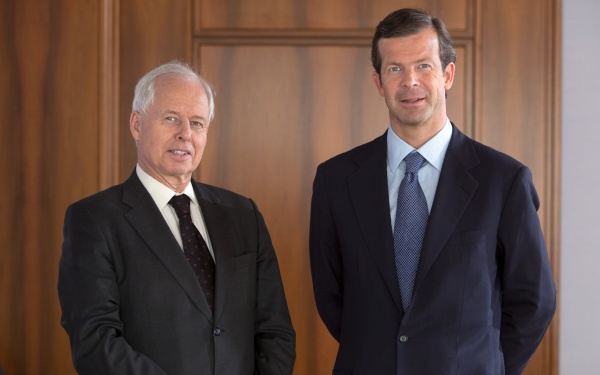 Family business "We want to pass our values on to the next generation" Jan 21, 2020