Formula E fans can look forward to a thrilling final weekend: in absolute terms, eight drivers have title chances – more than ever before in the history of the electric racing series. New York City is the only venue to host two races this season. At the doubleheader, 58 points will be up for grabs, including the additional points for the pole positions and fastest race laps. Lucas di Grassi is traveling to the United States with 32 points separating him from title defender Jean-Éric Vergne.

"We started the season with the goal of winning races and fighting for all titles up until the end – and we have managed to do that," says Team Principal Allan McNish. "Looking at the standings, we’re obviously facing a difficult task. But Daniel, Lucas and the whole team showed what’s possible with an incredible team performance last year. We have nothing to lose, but a lot to gain." In 2018, the German-Brazilian duo scored a victory, two second places and a third place in the two New York races, and so brought home 78 out of 94 possible points.

Daniel Abt, who is a great fan of the United States, is traveling to the finale with eager anticipation. "New York is a mega city with a circuit that I really enjoy," says the German, who stood on the podium in front of Manhattan's skyline twice last year. Abt has finished nine of eleven races in the points this season – a record among all of the 22 drivers. "A victory is still missing in my collection. That would be a perfect conclusion in the finale."

For the third time, Formula E will be racing on the 2.320-kilometer circuit in Brooklyn's Red Hook neighborhood. It runs directly along the waterfront of the Upper New York Bay that separates Manhattan and Brooklyn. The track is by and large identical to last year's. Just the pit lane is now located alongside the start-finish straight.

Video: Daniel Abt and Lucas di Grassi look ahead to the race in New York 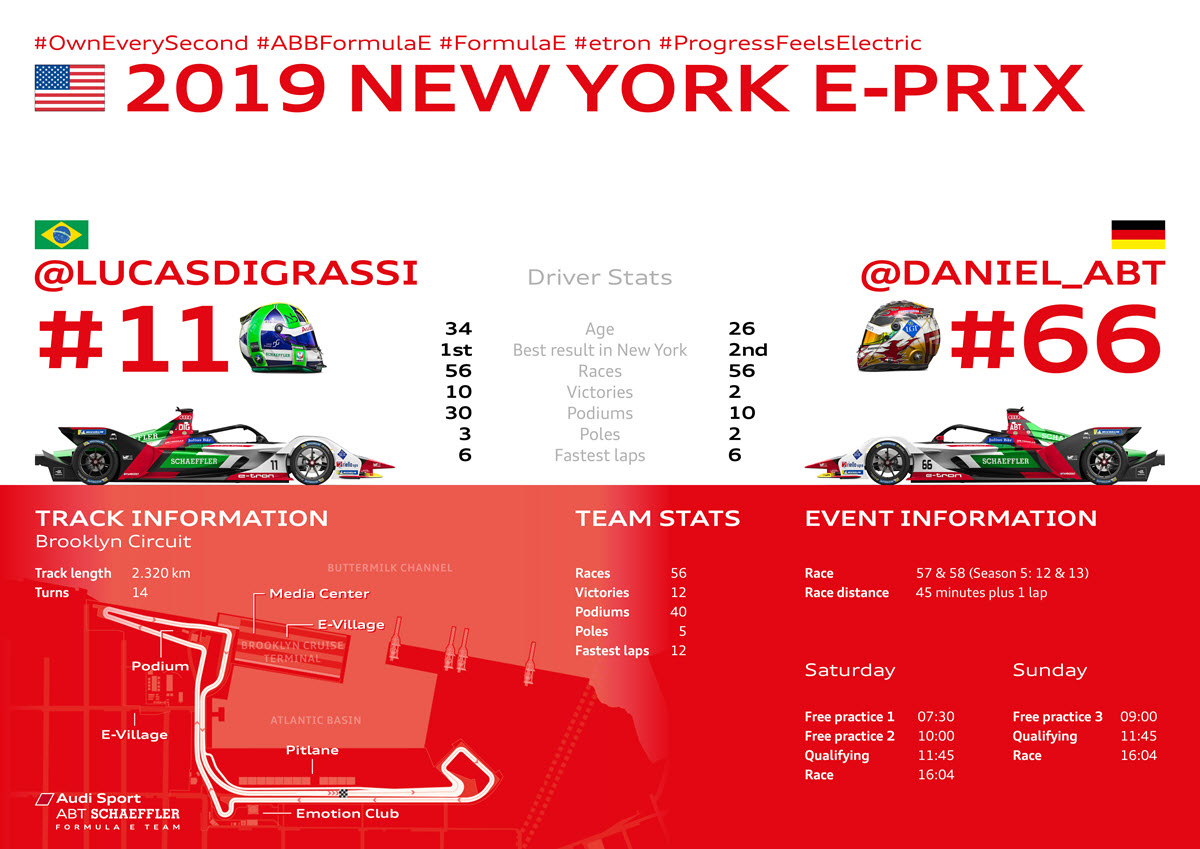